“In the Ring” by James Lear Review 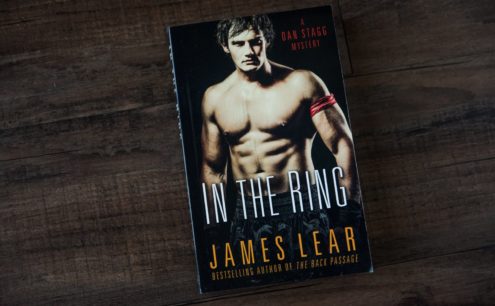 “In the Ring”, by James Lear, is available in multiple formats. I reviewed the softcover print format which is 287 pages long and perfectly formatted. I don’t think I noticed a single spelling or writing error. The book is also available in eBook formats including on Amazon Kindle and the Apple store.

The formal synopsis of the book reads:

At least, as far as the rest of the world is concerned, he died in a bomb blast in Baghdad. In the Ring brings Dan Stagg to James Bond territory in an exciting story of concealed identities, beautiful double agents, corruption, power, and, of course, plenty of sex. With a new identity and some high-tech gadgets, the tough USMC officer goes deep undercover to penetrate an extreme right-wing terror group. On loan to the CIA and MI6, Dan travels to England to investigate a corrupt boxing promoter and his stable of vulnerable, sexually compliant, young athletes.

Have you read any of the other Dan Stagg books? If so, you’ll have a bit more of the backstory on the main character, Dan Stagg. If not, well, it honestly doesn’t really matter. The book makes it clear that there’s a backstory you *could* delve into with past books if you wanted to, but it also pretty much gives you all of the information you need to know within this single book as well.

Luckily for us, the “criminal enterprise” happens to be filled with a bunch of gay and bicurious males who can “fall” for the charms of the main character. I’ll be frank: not all of the sex seems entirely consensual all of the time. There’s no explicit rape, but there are definitely some coercive circumstances within the plotline that fringe on that point of “He didn’t want to do it at first, but he finally gave in and liked it” plotline that some erotic novels tend to fall into. It’s not high on my list of sexual enjoyment, but if you’re someone who enjoys the “straight male loved having sex with a guy” trope, those scenes might honestly be your favorite scenes of the entire book.

That being said, the erotic sex book does have a plot to it. It’s not a plot with a ton of substance, but it’s a plot that’ll keep you engaged and wanting to read the book. Don’t expect a whole lot of character growth or attachment to the main characters, but do expect to be drawn into a light-hearted “mystery” with lots of sex attached. It seems the main character is able to find sex at virtually every step of his mission – and every time he leaves his house. In fact, various plot points depend on him having sex with a particular character, so the book is honestly made up of just as much sex as it is plotline. This isn’t one of those books that will entice you with six chapters of story then throw in a sex scene. Expect the scenes pretty much constantly. 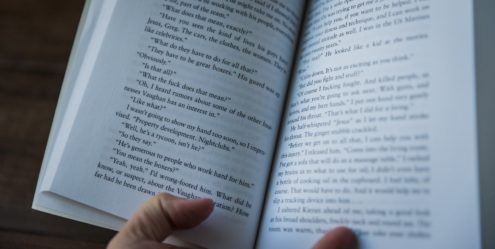 And with that in mind, how are the sex scenes? They’re pretty good. They’re very power dynamic focused. There’s a very large focus on who is “receiving” and who is “in charge” during each individual scene. The scenes are pretty well-detailed, and they can get pretty damn graphic – which is probably what you want in your sex stories. Some of the sex scenes can get a bit on the kinky side, but most of the scenes are just focused on anal sex, oral sex, manual stimulation, public sex, and the power dynamic behind them. There are a couple group sex scenes that getting pretty intense too!

Overall, if you like sex scenes between guys and want a bit of a plotline to go with it, you’ll likely enjoy “In the Ring”. The scenes are written realistically and feature quite a bit of power dynamic exchange, and while the main character isn’t the most likable person on the planet, he’s a realistic character, and you’ll find yourself absorbed in the story – just to see what happens when he comes out the other side. Thanks to Cleis Press for sending out this sexy gay novel for my “In the Ring: A Dan Stagg Mystery” review. It’s available on Amazon as well as multiple other book providers.

Cant' decide which toy you want?

With your partner on their back, straddle them and lower yourself onto your partner while facing them. You can either do this while in an up-right, sitting position or lying flat against them — it’s your call.
Read more

They dress up as puppies and play on mats. Yes, they get off—but it's so much more. Some guys feel like they turn into an animal when they have sex.
Read more

The realistic aspect was the selling point but it was taken too far. The soft fleshy quality made it squish to one end and unfortunately made it unusable.