Sex On An Airplane - The Mile High Club

Having sex on an airplane or joining the Mile High Club is a definite must-try fantasy for people who get off on public sex. According to a 2011 Sky-scanner survey of over 1,000 travellers, 95 percent of people surveyed said they want to join the Mile High Club, yet only 20 percent have actually given it a try. I get it. Plane rides can be boring. International ones are even worse. What better way to pass the time than to get it on over 30,000 feet in the air? Then again, is having sex on a plane illegal? Is joining the mile-high club illegal? 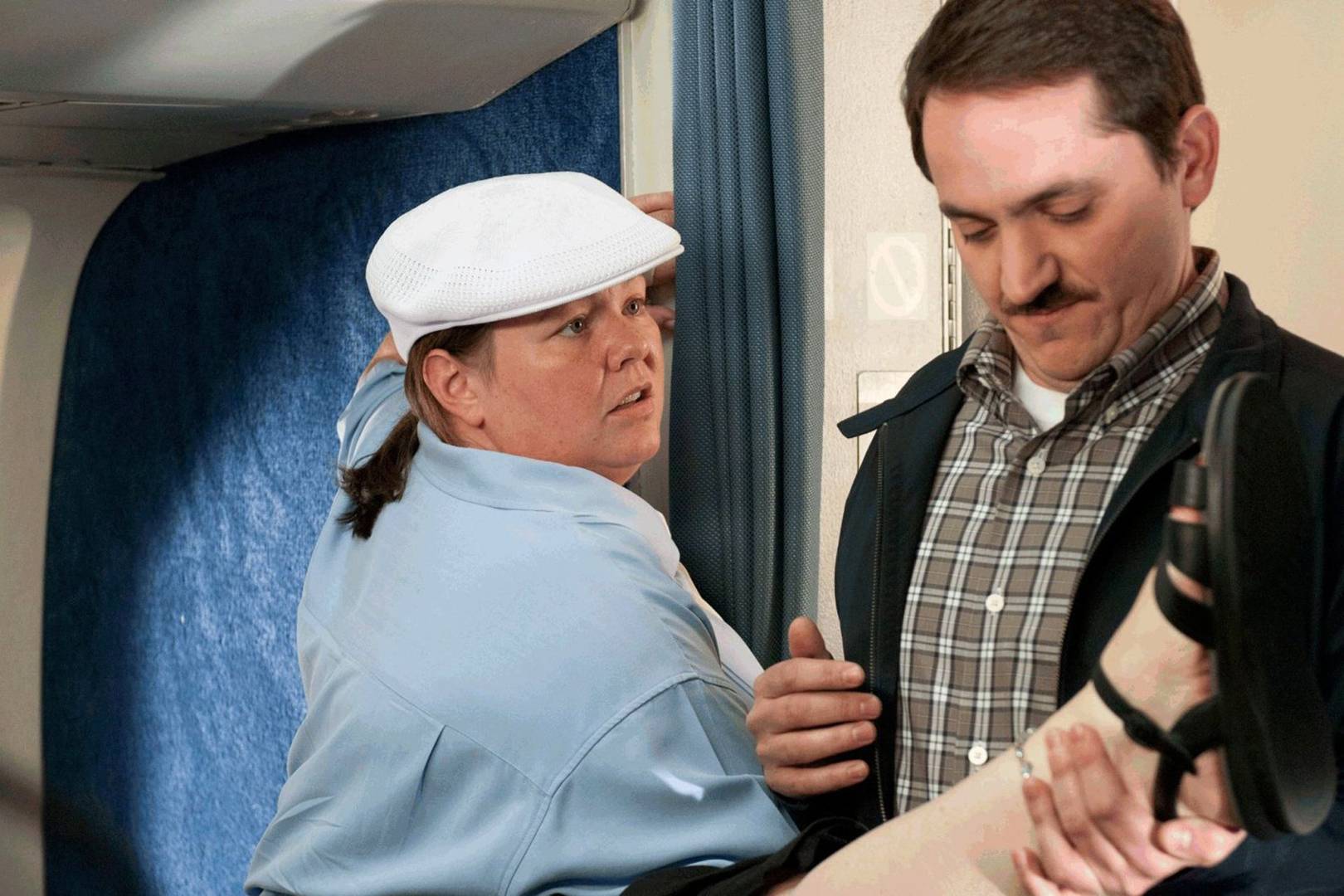 "The Mile High Club might be exclusive and tempting but consider that while no state law might be applicable if no one sees you, there are surely some number of federal agencies that will find the conduct actionable," Joseph Tully, criminal lawyer and author of California: State of Collusion, tells Bustle, "Since 9/11, it’s best not to stretch the limits on airplanes or you risk the unbridled wrath of Homeland Security—not an agency known for a sense of leniency or humor. Destination sex might be a better bet to stay off the no-fly list.”

So, while you probably won’t be arrested unless you do something stupid like say get naked in in front of a bunch of kids or try to fight with the flight attendants, it’s definitely frowned upon.

In Britain, however, it’s another story. According to a 2007 report by the BBC News, if caught, sex in a public place is punishable by a six-month prison sentence.

But then again, it all depends. As one Reddit thread a couple years back found, about 65 percent of flight attendants would admit to letting things slide. As long as couples are discreet about it. As Reddit user ShinyCupcake wrote,

“I've only encountered it a few times in my five year career. It was almost always on red eyes or overnights to Europe. We had one on a flight to Rome that was rather interesting. The couple didn't know each other at the start of the flight, and despite being on opposite ends of business class, somehow found a way to be in the same seat mid-flight. They decided to go at it sans-blanket, at which point we had to ask them to separate for the rest of the flight.

On a different flight, I had a couple ask if they could stand in the galley for a few minutes to stretch their legs. They were very polite, and I said sure and went back to reading my book. I made it halfway down the page, when I heard her moaning, and I turned and looked and the guy had her pinned up against my coffee makers with his hand up her shirt. I promptly told them to remove themselves from the galley and either finish up in the lav, or head back to their seats and keep their hands to themselves. If I can't get it on in my galley, no one can get it on in my galley.

My whole take on it is, as long as you aren't doing it in public, you're being quiet about it, and you haven't been acting suspicious the entire flight, if you want to go have sex in the lav then have at it. It's certainly not high on the list of places I'd want to have sex, especially given that the lavatory is cramped, smelly, and the liquid on the floor isn't water... But to each their own.”

So, there you have it. If you happen to get caught having sex on an airplane and you manage to not get a police escort when you land, you have your flight attendant to thank for that.

Kinky Toy Store is proud to partner with Route, the leader in package protection and tracking solutions. By selecting Route+ at checkout your order will be protected from damage, loss*, or theft. In the unfortunate case that your order never comes or is broken upon arrival, you can easily file a claim with Route and receive a replacement or be fully reimbursed.
Read more

Prepping to leave for college feels like one big checklist; there's a list for all the school supplies you'll definitely need, a list for the extra clothes hangers you think you'll need, and a list for the cute dorm décor you won't really need (but will buy anyway). Amidst this sea of checklists, there's an important one that you might have missed: a sexual health list.
Read more

If the idea of locking your partner’s penis into a little cage seems strange to you, you aren’t alone. Most of the time, the man discovers male chastity and something about it is very attractive and exciting to him. It may seem odd that forcibly preventing erection and orgasm would be arousing, but to many of us it is.
Read more
★ Kinky Toy Store Reviews

The masturbator is super fun to use and feels great. But, it left a weird residue on whatever surface i put it on. It also smelled but I don’t notice it anymore after washing it or I got accustomed to the smell. Has a nice weight to it.

...Every time I have used it on her. Excellent for edging and orgasm torture!!!

it was never shipped. I received an e-mail from them and they said they were going to credit me back the purchase price.